Skip to content
With permitting and approvals in Hawaii working slowly, I feel like there’s more new breweries announced than ones that actually open. This month, not one but two, breweries finally started pouring their beer after months or years of planning. 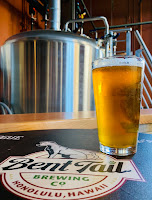 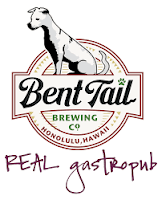 First is the Honolulu staple REAL gastropub’s on-site microbrewery, Bent Tail Brewing Company. REAL reopened in Kaka’ako a few months ago serving their staple bar food, liquor galore, and beer selections on 30 taps. At their old location, they didn’t have the space; this new one has plenty. The space has large windows, high ceilings, and plenty of seating. The bar is the focus and center of the room, with two sides all facing the taps. Along the street side sits all the gleaming new stainless steel brewing equipment. Troy Terorotua, the owner of REAL, hired local beer legend Tom Kerns to get the equipment set up and start the brewing program. I talked to Tom a few weeks ago as he was starting to brew. I asked what feel or signature they’re going for, he said they want to brew and serve beers that complement the unique food stylings developed by Troy. With this, it’ll truly be a gastropub: great food paired with amazing beer, all made under one roof! Bent Tail Brewing Company officially released their first beer: Bent Tail IPA, a “West Coast Style IPA featuring Citra, Mandarin Bavaria and Simcoe for a slightly dank, tropical hop notes with a Light-Medium Malt Character.” This is a great start for a place that will be brewing many more! 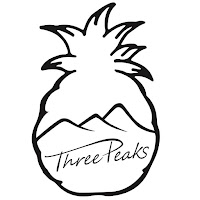 Second is the new nanobrewery Olomana Brewing Co appropriately named for the mountain range overlooking Kailua. This was part of the original goal of Three Peaks Island Craft Beer 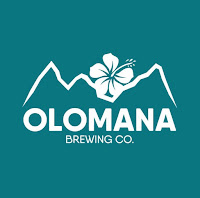 & Gifts; a boutique beach gift store and growler/draft beer bar. Owned by a husband and wife team, Steve Manser is the heart behind the beer. With a mission of ultra clean draft lines and fresh beer, he opened the beer portion of the shop to provide a close place to fill growlers on the way to windward beaches. On our first stop there a few months, he told me about the forthcoming nanobrewery, the first batch of which is available for $2 a pint, if you provide honest feedback. The Meli Mac Nut Brownis “mild, easy drinking American Brown Ale made with local macadamia nut honey.” Be sure to stop in soon! 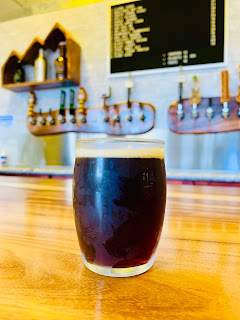